As a result of Dynacraft’s success in the “Best Outdoor Toys for Spring and Summer Award” competition in 2016, where it won five awards, more people are aware of the company’s presence in the wheeled-goods production industry.

But Dynacraft—does it make quality bicycles?

Due to the company’s long and rich history in the bike design industry and its reputation for producing cutting-edge, on-trend, and high-quality bicycles. Dynacraft is a highly regarded brand of bicycles. In addition, they are reasonably priced and may be purchased in sizes appropriate for both adults and children.

The bikes offered by Dynacraft are said to have the most fashionable graphics, amazing fun features, and flair. The BMX market is one of the company’s strongest areas since it allows them to produce products suitable for consumers of any age.

In addition, Dynacraft offers a small assortment of well-maintained cycles, including hybrid bicycles, beach cruisers, and more. In order to give you a better idea of what to anticipate from Dynacraft, we are going to examine each of these sorts of bicycles. But before we get into that, let’s take a moment to discuss the background of Dynacraft.

In a rush? See our most recommended Dynacraft bikes on the hotlist below:

American company Dynacraft manufactures and sells bicycles, ride-on toys, and scooters. Though it had its beginnings in Ashland, Massachusetts, the company’s current headquarters are in Port Wentworth, Georgia.

The modern chainless technology ensures cleaner, longer-lasting, and safer bicycle designs that require less upkeep. Dynacraft is one of the most successful bicycle brands, having sold over 77 million units since its inception in 1984.

The company’s bikes are aimed squarely at children, with artwork inspired by cartoons and TV shows that appeal to that demographic.

There are various BMX and MTB bikes, as well as a smaller range of Cruisers and hybrids, so don’t assume that Dynacraft only sells children’s bikes.

Just why is Dynacraft a great choice for bicycles?

All things considered, Dynacraft is a quality bicycle manufacturer for the following reasons:

1. A history of excellence in bicycle construction

Since 1985, Dynacraft has been in the bicycle industry, both as a designer and distributor. Sales figures show that they have dominated their industry for over 30 years.

According to Dynacraft’s official website, the company has sold over 77 million units to date. There is little doubt that Dynacraft is one of the most well-known bike manufacturers in the United States and Canada today.

It was so good that, as I indicated up front, it won the 2016 award for the Best Outdoor Toys for Spring and Summer in five different categories. 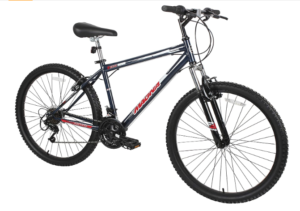 The name “Dynacraft” has become synonymous to technological advancement. In particular, I highlight the fact that the company was an early pioneer in the introduction of chainless bicycles, which are more durable, require less maintenance, and are safer for riders.

Rather than using a chain to transmit energy from the pedals to the rear wheel, this method makes use of a drive shaft system.

When it comes to “where technology, ingenuity, and fashion converge,” Dynacraft delivers. One of its design tenets is to provide customers with bikes that are both novel and up-to-date.

To attract young customers, the company uses interesting graphic motifs based on popular children’s cartoons including Thomas & Friends, Dino Trux, Barbie, and Transformer. Their graphic style is both original and current.

Dynacraft’s priorities extend beyond superficial beauty. They don’t stop there; they also make sure the graphics are on par with the rest of the product. These bicycles aren’t the top of the line, but they’re among the toughest, most fatigue-resistant, and longest-lasting options available.

In addition to having lightweight frames (aside from a few steel options), these bicycles also include respectable features including dependable braking systems, sturdy shocks, a comfy saddle, and a post that can be adjusted to fit the rider.

Most people can afford a bike from the Dynacraft brand. A Dynacraft children’s bike costs between $80 and $150, while a mountain bike and a BMX cycle both cost less than $250. If you’re looking for a bike, and you’re on a budget, know that you can find a Dynacraft bike that fits your needs and your budget.

Both children and adults can take use of Dynacraft’s two separate bike lines. There are primarily BMX/street bikes and some MTBs and cruisers in the kids’ bike selection.

However, the Dynacraft brand of adult bicycles includes all of the types of bikes found in the children’s range (BMX, Cruisers, and MTBs), in addition to a few hybrids. You can count on Dynacraft for a BMX, cruiser, mountain bike, or hybrid (if you’re an adult). 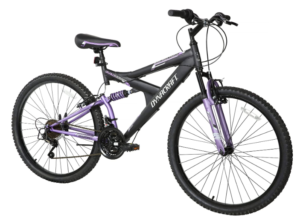 The second as a group, mountain bikes, is also with a uniqueness. These bikes have both hard-tails and complete suspensions. In contrast to road bikes, beach cruisers and hybrids are scarce.

Downsides of the Dynacraft Bike Brand

Overall, Dynacraft is a great brand that is hard to find fault with. The fact that some steel bikes are a bit heavier than others is perhaps the most common complaint. They are the lightest Dynacraft option, but also the least expensive.

Another problem is that Dynacraft bikes aren’t designed for speed. You can’t compete with Dynacraft bikes, except maybe for a few BMX bikes. That means they’re not suitable for anything other than a leisurely ride.

And finally, Dynacraft is only really good at making BMX bikes and only kind of good at making mountain bikes. However, there is a dearth of variety in the cruiser and hybrid bike categories.

So, while I wholeheartedly endorse Dynacraft for cheap BMXs and MTBs, I have some doubts about its cruisers and hybrids due to the lack of variety.

Bicycles of the Dynacraft Brand: A Review

Would You Recommend a Dynacraft BMX Bike?

With at least 107 different models, Dynacraft is unrivalled in the BMX bike industry. I’m particularly interested in BMX bikes because of their low price. 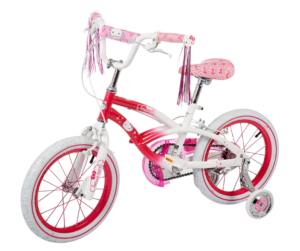 Prices for BMX bikes for kids start at around $150, while those for adults range from about $200 to $350. Despite their low price, Dynacraft BMX bikes are of a respectable quality.

Their frames are more robust and less likely to wear down under heavy use. Their detangler handlebars allow for maximum rotation and mobility, and their brakes provide seamless stopping force.

Lightweight and stylish, these cycles take design cues from popular video game franchises like Tony Hawk and Hot Wheels, making them a hit with young riders.

Other great BMX bikes you may find on Amazon are:

As of this writing, Dynacraft only carries 14 different kinds of mountain bikes, which pales in comparison to the 107 BMX bikes they have in store. Although the MTB product offering is limited, the available options are satisfying.

Choose between a hardtail and a full suspension model, depending on your preferred riding style and terrain. 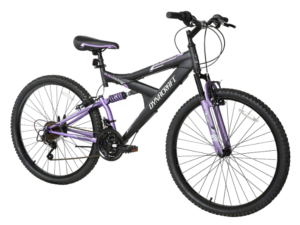 The local terrain may be navigated with ease on a hardtail mountain bike like the Dynacraft Magna Front Shock (View on Amazon). This Dynacraft mountain bike is ready to take on local courses with ease thanks to its powerful linear-pull brakes, quick-shifting drivetrain, and firm suspension fork.

However, the Dynacraft 26′′ Slick Rock Trails Bike (View on Amazon) is up to the challenge of more tough terrains. Those over the age of 13 will enjoy the most thrilling trail trip on this full-suspension MTB.

You can find a similar bike for girls, the Dynacraft Hello Kitty Girls BMX (View on Amazon), which is designed for riders between the ages of 5 and 8.

Both bikes have interesting artwork, which lends them an air of sophistication. They are reasonably priced, easy to ride, and great for commuting or a day at the beach. 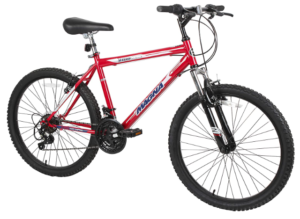 Cost of a Dynacraft Bike

Hybrid bikes, how good Dynacraft is?

The three different Dynacraft Alpine Eagle 700c frames are all great options for cycling around town. It’s versatile enough to serve as both a commuter bike and a leisure ride around town.

However, there is only one version of the Ozone 500 Urban Voyager 700c, and it’s the perfect bike for commuting around town. Teenagers aged 14 and up will like both cycles. 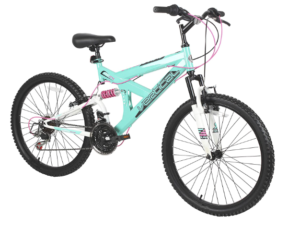 1.Where are Dynacraft bicycles manufactured?

The company’s headquarters are in Port Wentworth, Georgia, although the bikes themselves are produced in 3490 Redbud Blvd.

2. Where Do Dynacraft Bicycles Come From?

3. How Reliable Are Dynacraft Bikes, Anyway?

Dynacraft bicycles are cutting edge; they are also of reasonable quality; they are stylish; and they won’t break the bank. To put it another way, they’re that good. Dynacraft BMX bikes in particular are available in a wide variety of designs.

4.Can I Call a Dynacraft A BMX Bike?

The extensive BMX selection offered by Dynacraft is well-known. Therefore, when most people think of Dynacraft, they automatically associate it with BMX. However, Dynacraft is not a type of bike, but rather a brand that specializes in making BMX machines.

How Fast Does a Razor Dirt Bike Go